179 Visualizações
admin
The new Audi S5 Sportback combines emotional design and functionality with the road performance of a sports car. It accomplishes the sprint from 0 to 100 km/h (62.1 mph) in 4.7 seconds. Its newly developed, turbocharged V6 engine produces 260 kW (354 hp) and consumes just 7.3 liters of fuel per 100 km (32.2 US mpg). With an unladen weight of 1,660 kilograms (3,659.7 lb), the five-door sports coupé is 85 kilograms (187.4 lb) lighter than its predecessor. The sharper exterior design and the numerous S-specific details in the interior underscore its dynamic character.
The 3.0 TFSI
The pulsating heart of the new Audi S5 Sportback is a fundamentally new 3.0 TFSI engine. The direct gasoline injection engine with turbocharging has an output of 260 kW (354 hp) and produces a hefty torque of 500 Nm (368.8 lb-ft) from 1,370 to 4,500 rpm. In terms of power and torque it surpasses the previous model, while its weight and fuel consumption are considerably lower.
The turbo V6 engine accelerates it from 0 to 100 km/h (62.1 mph) in 4.7 seconds, and on up to an electronically governed top speed of 250 km/h (155.3 mph). In the NEDC cycle, the Audi S5 Sportback only consumes 7.3 liters of fuel per 100 km (32.2 US mpg), which equates to 166 grams CO2 per kilometer (267.2 g/mi).
Handling
In the new Audi S5, a fast and smoothly shifting eight-speed tiptronic handles power transmission. The lower gears have short, sporty ratios, while the upper gears are long to reduce revs and fuel consumption. When the driver releases the accelerator pedal at a speed between 55 and 160 km/h (34.2 and 99.4 mph) the automatic transmission switches over to an efficient freewheeling mode.
The quattro permanent all-wheel drive makes a large contribution to the sporty handling. In normal driving, it distributes engine forces with a slight emphasis on the rear wheels - if necessary the bulk of the forces can be directed to the axle with better traction.
Wheel-selective torque control optimizes handling and stability in fast cornering with minimal brake interventions. The optional sport differential actively distributes torque between the rear wheels.
The five-link front and rear suspensions enable significant comfort gains with emphatically sporty response. An alternative to electromechanical power steering is dynamic steering which varies its steering gear ratio according to the driving speed. 18‑inch wheels with size 245/40 tires are standard. Audi Sport also offers 19‑inch wheels. At the front wheels, the ventilated brake discs are 350 mm (13.8 in) in diameter. They are gripped by black (or optionally red) painted six-piston fixed calipers with S lettering.
The Audi S5 Sportback is fitted with newly developed S sport suspension. It features five-link suspension at both front and rear. The axle principle enables optimal absorption of longitudinal and transverse forces. The Audi drive select handling system integrates what is referred to as adaptive CDC (continuous damping control) dampers along with the engine, steering, tiptronic and optional sport differential. This lets the driver control the characteristics of the engine and suspension over several modes.
Truly impressive: infotainment and Audi connect
The infotainment system in the new sports coupé is bang up to date. MMI navigation plus with MMI touch and an 8.3‑inch monitor top the infotainment range. MMI touch has a touchpad for zooming and scrolling and for entering characters. The system integrates the Audi connect hardware component, which connects the new S5 Sportback to the internet via LTE.
One highlight is the optional Audi virtual cockpit. It displays all key information in razor-sharp graphics on its 12.3-inch monitor. Views available to the driver include a sport mode centered around the tachometer.
The Audi phone box, another optional feature, connects smartphones to the on-board antenna by near-field coupling and simultaneously charges them inductively using the Qi standard. The Audi tablet serves as a flexible Rear Seat Entertainment device. For very discerning hi-fi fans, the Bang & Olufsen Sound System with its new 3D sound is available. The Audi smartphone interface brings Apple CarPlay and Android Auto into the car.
Equipment
The new Audi S5 Sportback will be available on the European market from the start of 2017. Its extensive list of standard equipment includes LED headlights, 18-inch cast aluminum wheels, an eight-speed tiptronic and quattro all-wheel drive. The price is EUR 62,500.
SUBSCRIBE!
FACEBOOK
BLOG
Royalty Free Music by
Sound Effects by 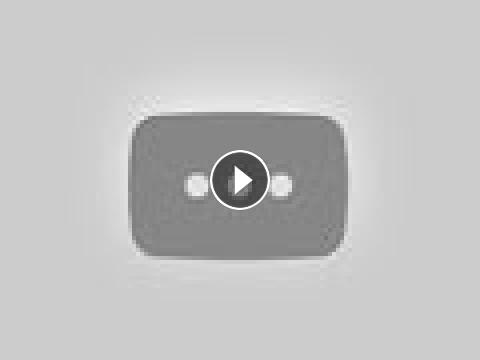 The new Audi S5 Sportback combines emotional design and functionality with the road performance of a sports car. It accomplishes the sprint from 0 to ...